This is something I wanted to try for a while, and with my open-source work becoming more visible via Patreon I thought now was a good time to get started. I have been watching video game streams on Twitch, and also programming (for example noopkat) and quite enjoyed the format – it’s interactive, you share knowledge, and it doesn’t require much video editing skills. People are much more forgiving because of it being live.

For the first stream, we focused on Copy-paste improvements for Draft.js / Draftail, which is one of this month’s most popular goals. I had already done some promising work on this, so the stream was an opportunity for me to talk through why this is such a complicated fix, provide some background info on Draft.js as a project… and write some code. All in all, in 2 hours, we wrote about 10 lines 😅 https://github.com/thibaudcolas/draftjs-conductor/pull/2/commits/7ce0af429c5262c5077766fdab31fdff19bdd898.

There were even some people watching: 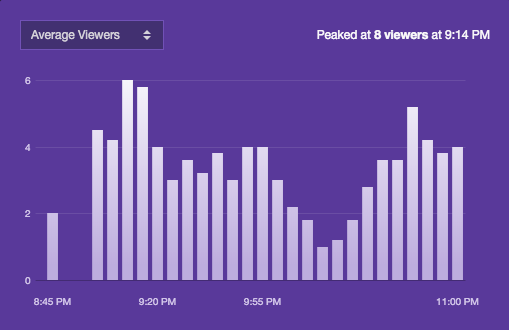 For the next stream – I’m looking for ideas! Please vote on Twitter, and if you want to see more of those types of streams in general consider supporting me on Patreon. You can follow me on Twitch and-or Twitter (@thibaudcolas) to know when the next stream will be.