One year ago, I was writing about my choice of React as a robust platform for advanced UI development. The JavaScript community has evolved a lot since then, but React still is one of the most mature UI frameworks out there and we do not see this changing for the foreseeable future. Today, let’s have a look into how we use it to build modern web applications.

Over the years, Springload has experimented with a lot of front-end frameworks. React is now our de-facto standard to build rich user interfaces. Its main architectural pattern of declarative component hierarchies with a functional programming flavor is very well suited for modern UIs with a lot of moving parts. We particularly like:

React also does a great job at being relevant in a wide range of scenarios:

We are so invested in React as a tool that we frequently create and package ready-made components like popovers, dropdowns, icons. Here is our latest creation: a fully accessible accordion component. 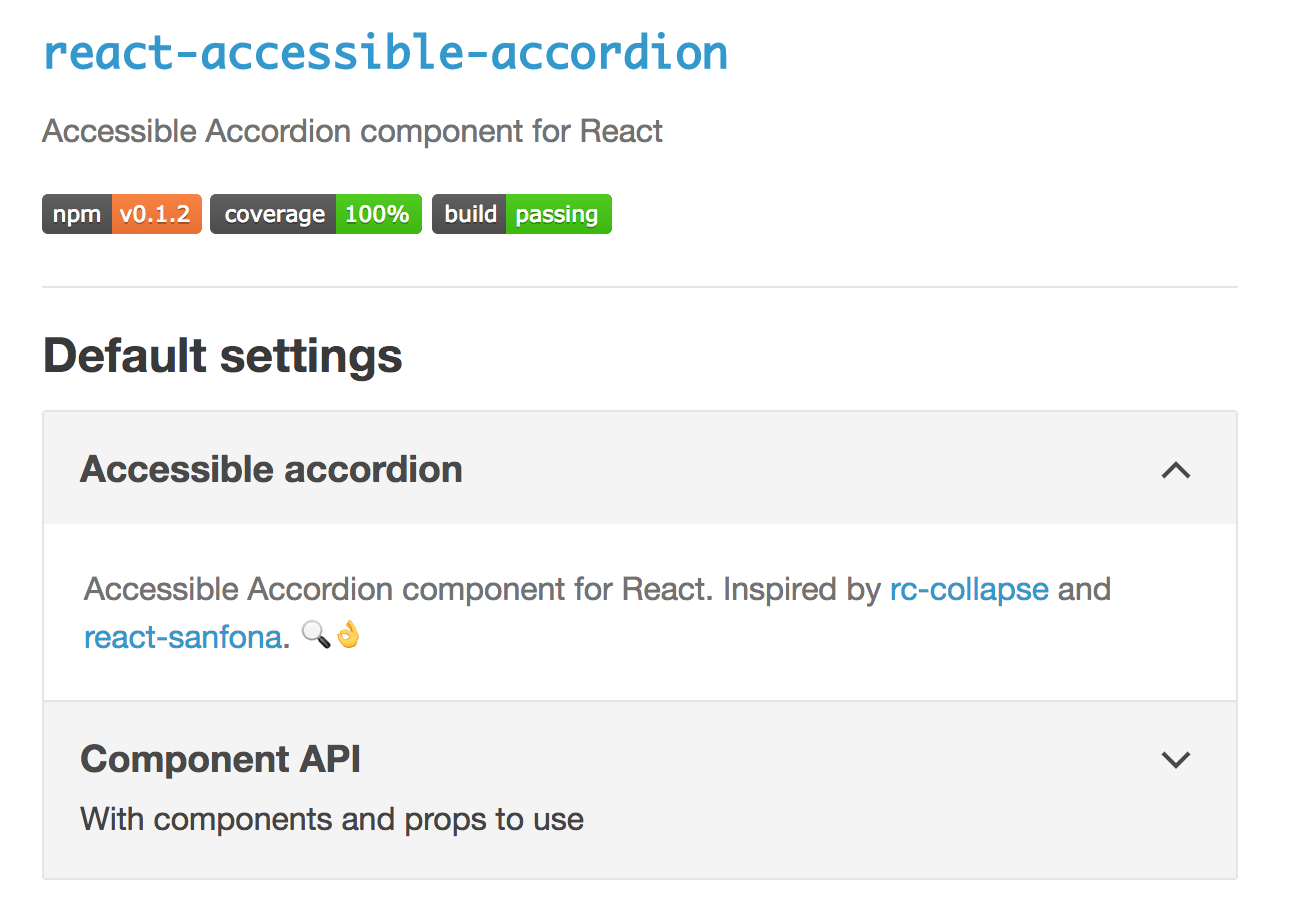 Where React falls short is in managing data updates across large-scale interfaces with a lot of state. Luckily, Redux is a library that is meant to be used alongside React as a state container. Redux takes the component hierarchy idea of React to state management, and keeps the coupling between interface elements and business logic as low as possible.

To further reduce the coupling between logic and UI, we heavily rely on APIs for integration between front-end and back-end.

API-driven applications have emerged from the need of data sources for mobile apps, and there is no reason for websites to be more than yet another API client. Our preferred flavour is RESTful APIs consumed by standalone front-ends.

We primarily work with Django, and occasionally use more lightweight tools such as Flask and Node (Express). More recently, we have been leveraging Cloud based platforms – AWS in particular – to deliver API driven solutions. We are exploring serverless architecture with AWS Lambda.

None of those platforms work particularly better with React than with other JS frameworks, but they all provide great support for APIs as first-class views. This is what enables our architecture and workflow, with healthy separation between the presentation layer (front-end developers, client-side, JS/HTML/CSS) and the rest of the stack. We are also excited about other additions to this toolkit like GraphQL and Relay, that take the React philosophy further towards back-end development and simplify API data requirements by making it more declarative.

Overview of the resulting architecture

The following diagram details how all of those components fit together as part of a client-side web application: 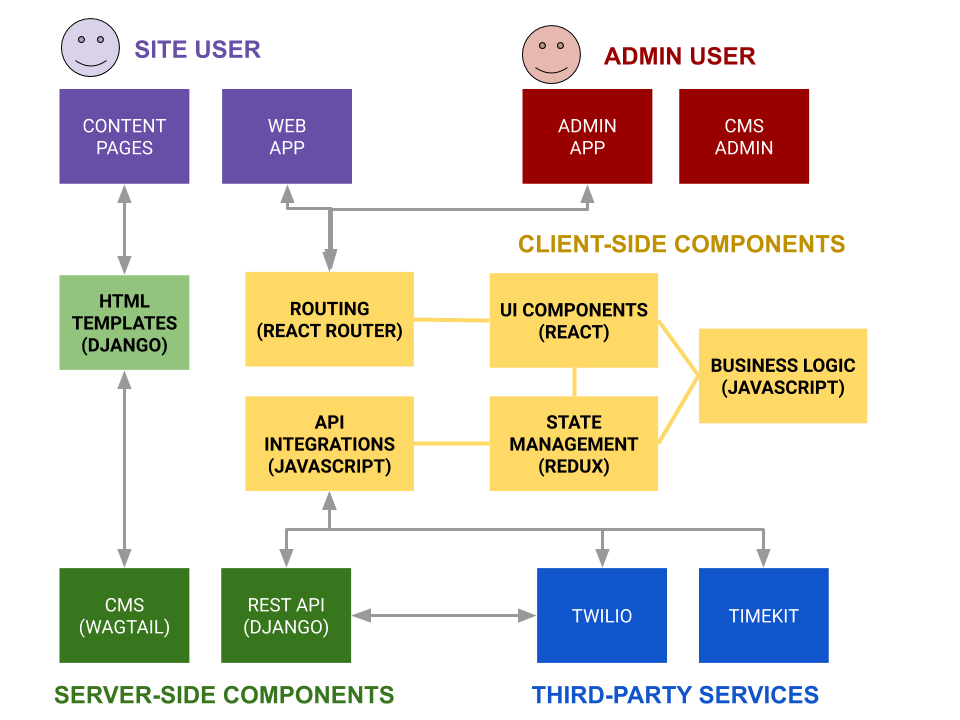 On this diagram, we can see:

Client-side, the architectural foundation is the use of React to structure the UI component tree, and Redux to structure data flows. This is a modern alternative to MVC popularised by React, which puts more emphasis on the data flow (and the fact it is unidirectional). This “client-heavy” architecture is also supported by client-side routing and code splitting, which make it possible to only load the parts of the app that users actually need.

Finally, since the bulk of the application code is executed in the user’s browser the server-side parts of the stack can be very lean.

A good demonstration of this approach is how we are rebuilding Wagtail’s page explorer with React, on top of an API.

This allows us to take presentation concerns away from the back-end, with a clear API contracts that facilitates iterations on both sides.

We were also able to bring the UI code under similar amounts of testing as to the back-end: 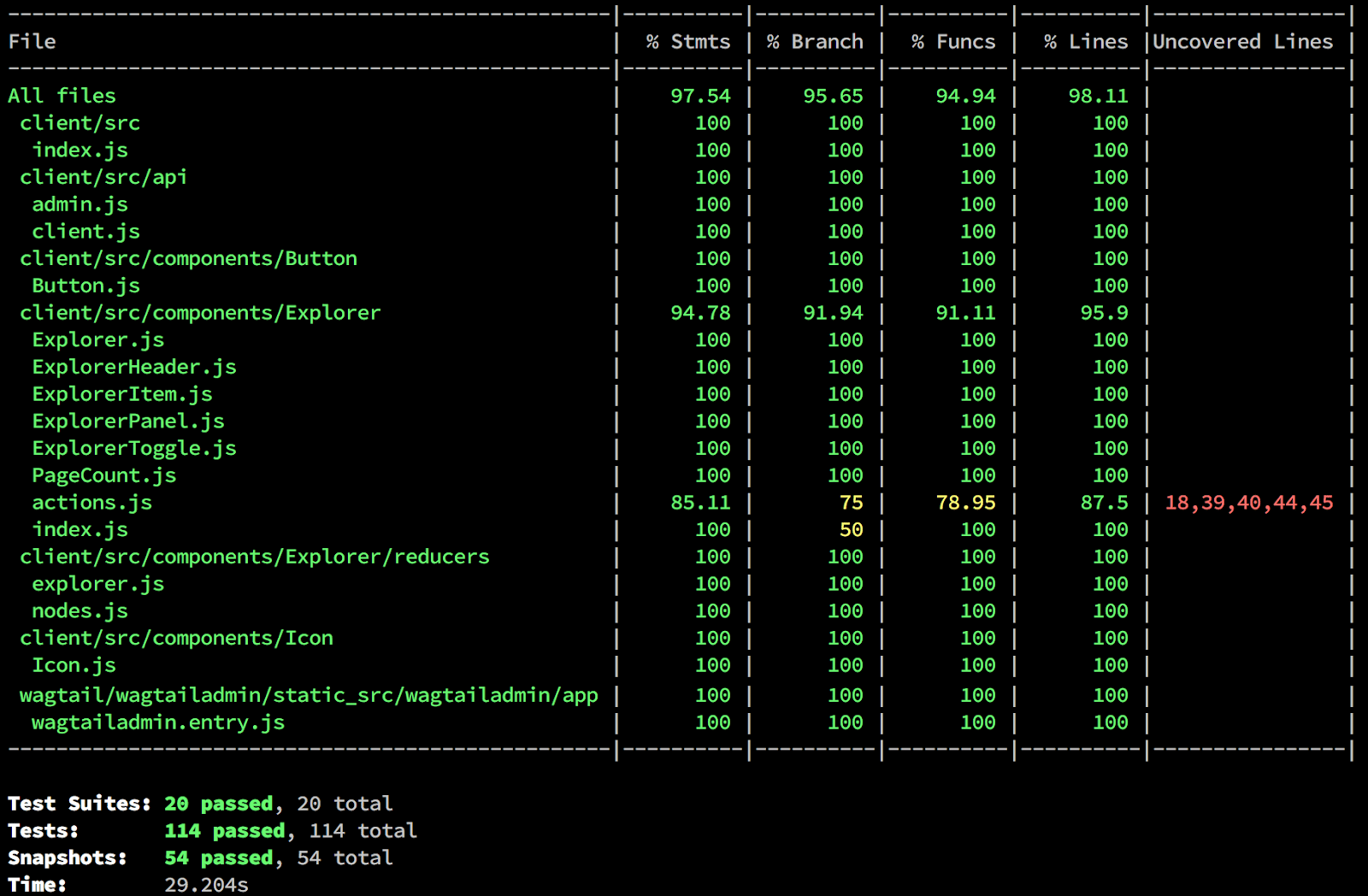 In the future, we will continue this effort in other parts of the CMS and expect to reap the same benefits. Since Wagtail is an open-source project, we will also make all of the components easily reusable by third-party developers to facilitate the creation of new interfaces for site administration.

If React’s current capabilities as a UI framework for web apps weren’t enough, the last thing that gets us excited is how Facebook and the overall community are constantly finding new use cases for it. Following React’s philosophy of “Learn once, write anywhere”, we now have React Native that completely changes the possibilities for mobile apps on iOS and Android. React VR applies the same approach to virtual reality. The team at Airbnb recently released React Sketch.app, allowing React to be used to create UIs in Sketch, once again completely redefining what is possible in the design + code landscape.