What if I told you there is a simple technique to make your project run smoother, faster, and with fewer bugs 🤔. Better yet, it’s completely free, does not require much tooling, and any developer can learn to use it in a matter of minutes 😳. This is how good code reviews are, and why you should use them.

Developers tend to think of productivity in terms of “how fast can I write the code for this new feature”. We also tend to say “I write code” when describing our jobs. In practice though, professional software development is a matter of understanding the code that is already there: we simply spend much more time reading than writing. Productivity thus depends more on the overall code’s quality and maintainability, rather than the skills of individual contributors making changes.

It’s harder to read code than to write it.

– Joel Spolsky, Things You Should Never Do

Code readability is fundamental. John Papa recently gave a talk on how to achieve it in practice:

Another great resource on the topic is Code Reviews: Just Do It by Jeff Atwood. If you like numbers, you should definitely read it. I especially like its excerpts from Code Complete:

That’s a 5x increase in the likelihood of individual changes to be correct! There aren’t many development practices which can make that claim.

A great way to learn

Jeff Atwood’s article briefly mentions another reason why I think code reviews should be part of everybody’s toolset: you can learn A LOT from them. They are a great place for the team to share their knowledge and learn: 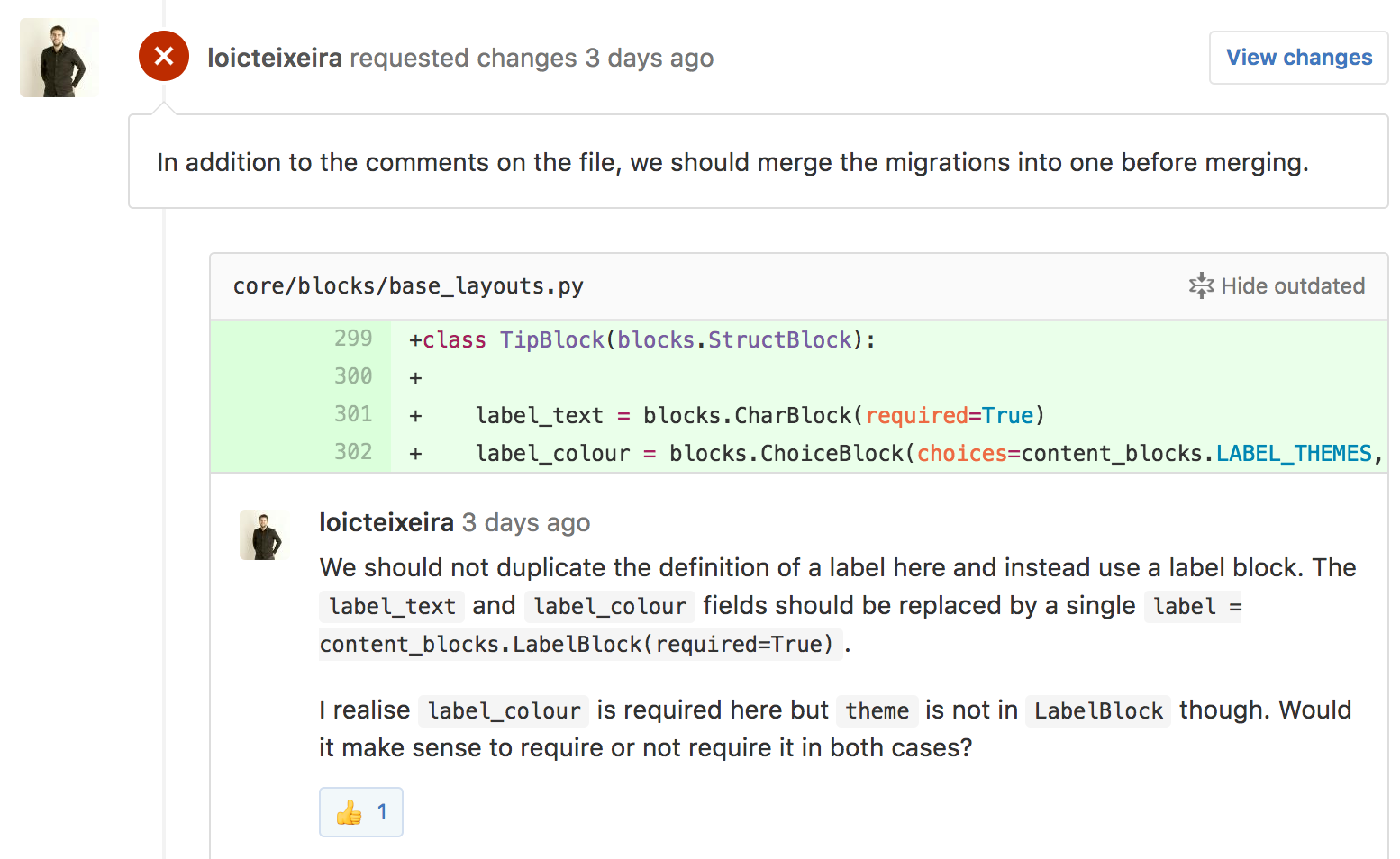 My friend @loicteixeira does wonderful code reviews. Once he taught me about Python’s mutable default arguments during a review – they are a great way to learn platform-specific gotchas.

In practice, the first step is to “convince the boss”. Show them those great metrics on the effectiveness of code reviews. Talk about how reviews improve quality in terms of business value. Their main concern might be in the cost of having more people working on an otherwise identical amount of changes – this is a good time to talk about the economics of fixing software defects: 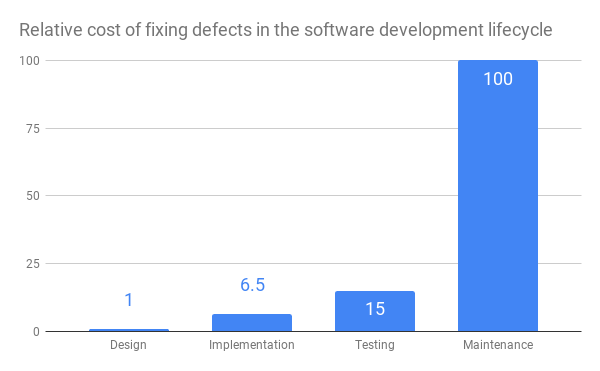 With the business case taken care of, simply try code reviews for yourself, with the tools you already use! Every major Git platform has a pull request feature with built-in review workflows. If yours doesn’t, you can try doing code reviews in person instead, pair programming style.

Be kind, and let your tools do the nitpicking: linters and formatters (like Prettier) are there to enforce common formatting, so humans can focus on logic, readability, and learning. Don’t waste time discussing tabs versus spaces on each review.

Resources to get started

To give you a headstart in implementing code reviews for your teams, here are three things you will need:

Take all of these, sprinkle some LGTM (Looks Good To Me) images on top when approving changes, and you’re all set. Code reviews can feel tense at times, those silly images set a more relaxed tone, and can ease the relationship between reviewers and reviewees. Plus, a nice picture is a great reward for good work! 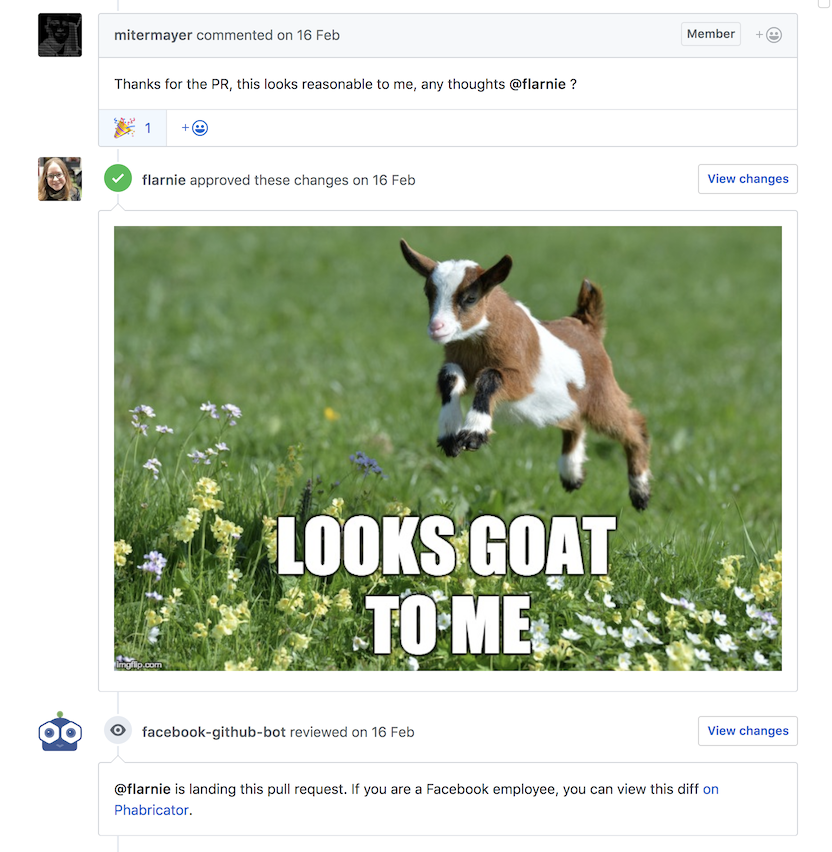 Pro-level LGTM on the Draft.js repository

Still unsure? The best way to know whether code reviews will work for your team is to try them. All of the major hosted Git platforms have pull request features with code reviews built-in, you can try them out and see for yourself how many defects you will catch before they even get merged. At Codemate, a good example of this in practice is my review of Iiro’s inKino project. I didn’t catch any bugs, but we certainly all learned a lot 😄 – for me, Flutter, and for him a web developer’s perspective on UI code architecture.

If you want to learn more about how Codemate works, have a look at how we actually used code reviews on this very blog post.